Mining is a skill that allows players to obtain ores and gems from rocks. With ores, a player can then either smelt bars and make equipment using the Smithing skill or sell them for profit. 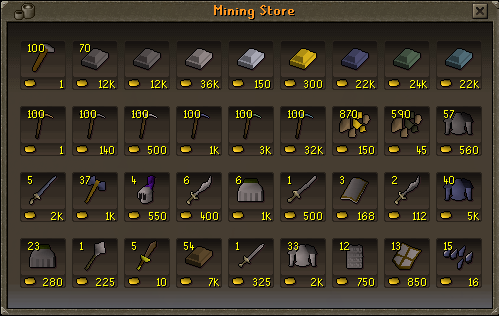 To access the Mining Store, you can trade Miner Magnus in Neitiznot (North) just east past the rocks

He can also be found in the Donator Zone, in the room with a furnace.

The Dragon Pickaxe and Inferno Adze can be bought from the Skilling Point Store, this can be found by trading Max either at Edgeville, or at the Donator Zone.

The Inferno Adze is mainly used as a hatchet. However, it can be used as a pickaxe but it is only equivalent to the rune pickaxe. This means that the Dragon Pickaxe, which only costs 500 skill points is a much better option for mining.

The Dragon Pick axe can also be stolen from Chief Thief Robins Silver Stall, which can save spending 500 Skill points. However this item is very rare.

Every pickaxe, excluding the Inferno Adze, has a gilded version available. These gilded versions are exactly the same as the normal versions, just with a golden trim. To obtain these you pay with star dust, which can be obtained in the Shooting Star minigame.

Non-donators who do not want to venture into The Wilderness will have to stick with mining Adamant. You will have to mine roughly 99.715 Runite Ores, or 131.204 Adamant Ores in order to reach 200 million experience from level 99.

Neitiznot (North) contains all the types of Rocks except for Rune. There is also a furnace/ anvil so players can train their Smithing skill at the same time.

North-East of the KBD Lair

The only area where Non-Donators can mine Rune ore is located in the Wilderness. This rock is located north-east of the King Black Dragon's Lair. If you are Mining here be careful as Player Killers may come to kill you. As the name of the place suggests, you need to be a Donator to enter this area. Just to the North of the bank, you can find one of each of these rocks: Coal, Gold, Mithril, Adamant, and most importantly Rune. 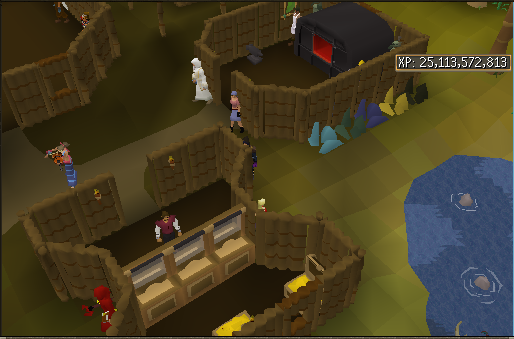 The silver rock can be found in South Karamja, north of Shilo village. 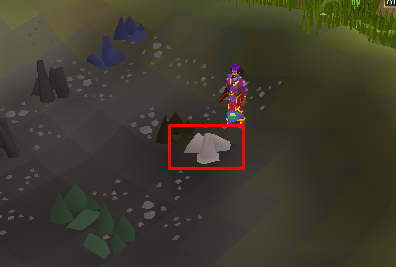 You can get a mining pet at random while mining, there is no further known rate on getting the pet. If you reach level 99 in Mining, you can talk to the Wise Old Man at home to obtain the Skill cape. He is located at home, in the building north of the bank. The skillcape costs 30 million coins and comes with a matching hood. Both the Mining cape and hood give +9 bonus to all defense stats.

If you reach 200m experience in the Mining skill you will also unlock the ability to buy the Master Mining Cape. It is exactly the same as the normal Skill cape. However, you can adjust the trim colour to whatever you like. This master skillcape costs 80 million coins. 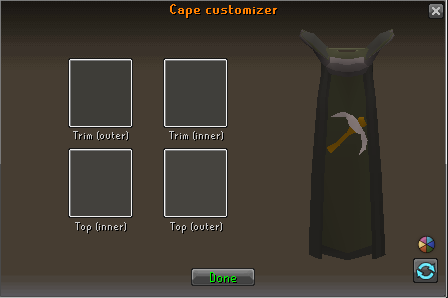